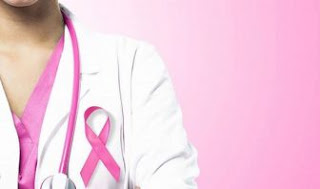 Talking about cancer for most people is synonymous with death. It is like an anticipated sentence and no woman when the subject is mentioned to her, resigns herself to accept it. breast cancer

Despite all the scientific advances and that treatments have advanced remarkably, when a woman receives the news, she should know in advance that the doctor is telling her that she still has a chance to live for a long time.

The breast cancer is the most traumatic for women because it represents an important aspect of sexuality and fear that appears first is the rejection that can subdue her husband, when it receives the terrible news.

But when the process passes and she sees that her breast is already rebuilt and she has recovered that vital part, then she is reassured because surely her husband is not going to abandon her as has happened in most cases, especially of women who live in rural areas. .

The aesthetic part is what most worries patients at that time. Losing hair is a shame and the color that the skin acquires is yellowish and the most serious, self-esteem is on the floor.

It is a difficult process that all patients have gone through. A spot, a lump, a turupe or a strange pain in the ribs as the patients point out in their simple language, tests to check the tumor, a biopsy and an immediate surgery. Some women prefer immediate breast reconstruction and others are content with having survived the surgery.

The interviewed patients remember with great sadness and disappointment the moment they received the news of the presence of the tumor. The world is collapsing and they feel that death is haunting their lives. Then the usual question is on your mind.

How long am I going to live? The treatment process then begins with a set number of chemotherapy doses. At that time comes the most difficult part because of the side effects that it produces. They are vomiting, permanent dizziness, headaches, depression and what produces the most sadness is the total loss of hair.

And if they have to undergo radiotherapy, then their skin tone changes and burns appear that then gradually disappear. Now with the arrival of new diagnostic tests , it is possible at least to know how much chemotherapy the tumor requires.

But this suffering is worth it, because soon the compensation comes. The tumor has been completely removed in most cases. So the nightmare lasts from six months to a year and then comes the compensation. A little more medication and permanent controls for several years.

But the emotional part of the patient is the most difficult part of the process. If the person is not filled with courage and strength, it is very difficult to resist this recovery. This is where the family plays a vital role. Accompaniment and understanding are important, but not an attitude of pity that rather generates uncertainty and disappointment for that being who is living a difficult situation.

The stories I tell below are real. They are patients who have accepted the challenge of telling their drama and sharing the knowledge they acquired during their recovery with readers.

There are stories and testimonies that end with a happy ending. Others where the patient is still in the middle of the drama of the disease and two or three stories of women who could not overcome the disease and today rest in peace. We pay a special tribute to them and to their families for sharing their stories with us to remind us of their courage and tenacity.

We have found testimonials from patients who did not give importance to risk factors, others were slow to consult the doctor and most did not wait for the disease to roam at home.

They have learned about breast cancer. They speak in terms that are familiar to the doctor and know the care they should take from now on for having developed the disease.

They all wonder why this tragedy touched me. But it is a question that has no answer, because cancer does not have color, nor does it attack a defined patient profile.

It comes from a genetic background, from a poor diet, because cells have a predisposition to develop it or simply because it suddenly appears as one more test that life puts in the way of some people.