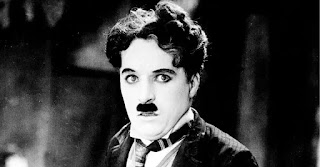 This romantic comedy film was released in 1931 in America. Written, directed and starring Charlie Chaplin, this film tells the story of the adventures of The Tramp when he falls in love with a blind girl and builds a turbulent friendship with an alcoholic millionaire. Although sound films continued to be popular when Chaplin began developing the script in 1928, he decided to continue working with silent productions. Filming began in December 1928 and ended in September 1930. City Lights was Chaplin's first experience as a film composer.

City Lights was very successful after being released on January 30, 1931, to positive reviews and a box office reception of $ 5 million. Today, critics consider it not only one of Charlie Chaplin's highest career achievements , but one of the best films ever made. In 1992, the Library of Congress selected City Lights for reservations on the National Film Registry in the United States for "cultural, historic, or high artistic value." In 2007, the American Film Institute's `` 100 Years ... 100 Movies '' ranked City Light as the 11 best American films of all time.

Limelight is a 1952 comedy-drama film written, produced and directed by Charlie Chaplin. Unlike his previous films, the music was composed by Chaplin and arranged by Ray Rasch, making it the first film he did not arrange for music. The film stars Chaplin as a comedian who saves a dancer from suicide, played by Claire Bloom; other roles were played by Nigel Bruce, Sydney Chaplin as Sydney Earl Chaplin, Wheeler Dryden, and Norman Lloyd with a performance by Buster Keaton. In the dance scene, Bloom is replaced by Melissa Hayden.

A Woman of Paris is an American silent film released in 1923. This drama genre film, written, directed, produced and then given music by Charlie Chaplin. The film is also known as A Woman of Paris: A Drama of Fate

The Circus is a 1928 silent film written and directed by Charlie Chaplin with Joseph Plunkett as writer. The film stars Chaplin, Al Ernest Garcia, Merna Kennedy, Harry Crocker, George Davis and Henry Bergman. The Circus premiered in New York City on January 6, 1928, at the Strand Theater and in Los Angeles on January 27 at Grauman's Chinese Theater. Charlie Chaplin was nominated for four Academy Awards, but the Academy gave Chaplin the Special Award for writing, acting, directing and producing The Circus.

The Gold Rush is a 1925 silent comedy film written, produced, directed and starring Charlie Chaplin. In this film, Charlie Chaplin plays Charlot. The film also stars Georgia Hale, Mack Swain, Tom Murray, Henry Bergman, and Malcolm Waite. Chaplin has repeatedly stated that this was the film he most wanted to remember. Despite being a silent film, it received an Academy Award nomination for Best Sound Recording.

Modern Times is a comedy film released in 1936 written and directed by Charlie Chaplin. The film highlights the dire financial and employment conditions of some of the people facing the Great Depression. In Chaplin's view, these conditions result from the efficiency of modern industrialization. The film stars Chaplin, Paulette Goddard, Henry Bergman, Tiny Sandford and Chester Conklin. In 2003, the film was shown at the Canes Film Festival.

The Kid is a 1921 American silent comedy-drama film written, produced, directed, and starring Charlie Chaplin, and features Jackie Coogan as his adopted son. This is Chaplin's first feature-length film as a director (he previously played in 1914's Tillie's Punctured Romance). The film was a huge success, and became the second highest grossing film in 1921, after The Four Horsemen of the Apocalypse. The Kid became one of the biggest films in the silent film era.

The Chaplin Revue is a 1959 film made up of three Charlie Chaplin silent films. The three short films include A Dog's Life, Shoulder Arms, and The Pilgrim. All three films star Chaplin. For the 1959 release, Chaplin added a soundtrack to help present it to a modern audience.

A King in New York is a 1957 British comedy film directed and starring Charlie Chaplin in his last leading role, co-starring with his son Michael. The film presents a satirical view of McCarthy's communist hunt era and certain other aspects of US politics and society. The film was produced in Europe after Chaplin's exile from the US in 1952, and it did not open in the United States until 1973.