Albert Einstein's Theory of Relativity in a Sociological Perspective 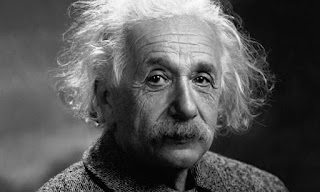 History has proven that the development of the paradigm of physics, both in the form of theory and technology, seems to have had a major implementation of changes in other scientific paradigms, ultimately changing society itself. Even though Heisenberg said that science or physics is an alternative for humans to understand reality and revive Nietzsche's discourse 'Long Live Physics!', The physics he defends is quantum physics, while at the pole of another paradigm there is the physics of Relativity which was promoted by Albert Einstein. Einstein's theoretical building blocks play a more phenomenal role than classical and quantum mechanical physics in the understanding of all levels of society. Einstein's views touched on other sciences, including philosophy. Of course, what Einstein opened up in the halls of this academic discipline of physics had major consequences for the development of technology, and it became a big task for the sociology of science perspective to dissect the activities of the scientific community to find out the real reality of scientific development. One way is by observing the internal activity of science from the scientific community. This is one part of the discipline of sociology of science, namely the internal sociology of science, which studies everything related to the intellectual activity of the scientific community in that science. The sociology of science methodology used in this paper is Historical Dialectical with hermeneutical analysis using three approach orientations: (a) systems; (b) a network of figures; and (c) social construction. There are two explanations here, historical explanation and sociological explanation. The explanation of the theory of relativity has historically traced step by step the development of theories in physics to the latest development of the theory of relativity; while the sociological explanation of the theory of relativity rests on the views of the scientific community on the existence of Einstein's theory of relativity in three stages: the period of theory formulation, the period after the formulation of the theory, and the period after Einstein's death. Max Planck offers a Copernican analogy as a comparison of Einstein's achievements, after Einstein passed the ad absurdum test. Newton's paradigm was successfully modified completely for the first time by the prediction of Einstein's Theory of Relativity through the confirmation of Arthur Eddington's observations of the phenomenon of bending of starlight by the sun's gravitational space. However, despite all the success of the theory, it does not make the theory of relativity easily accepted by various levels of society. Scientists with the ideology of the left think that Einstein's Theory of Relativity is only a struggle of the hands of bourgeois philosophers who limit theory to its wrong manifestations, inject it with idealistic interpretations and use it to strengthen their philosophical position.